It is always an occasion to savour when I run with both my girls so Sunday was a great day. Unfortunately I did not hit my target, despite wearing my magic racing socks. 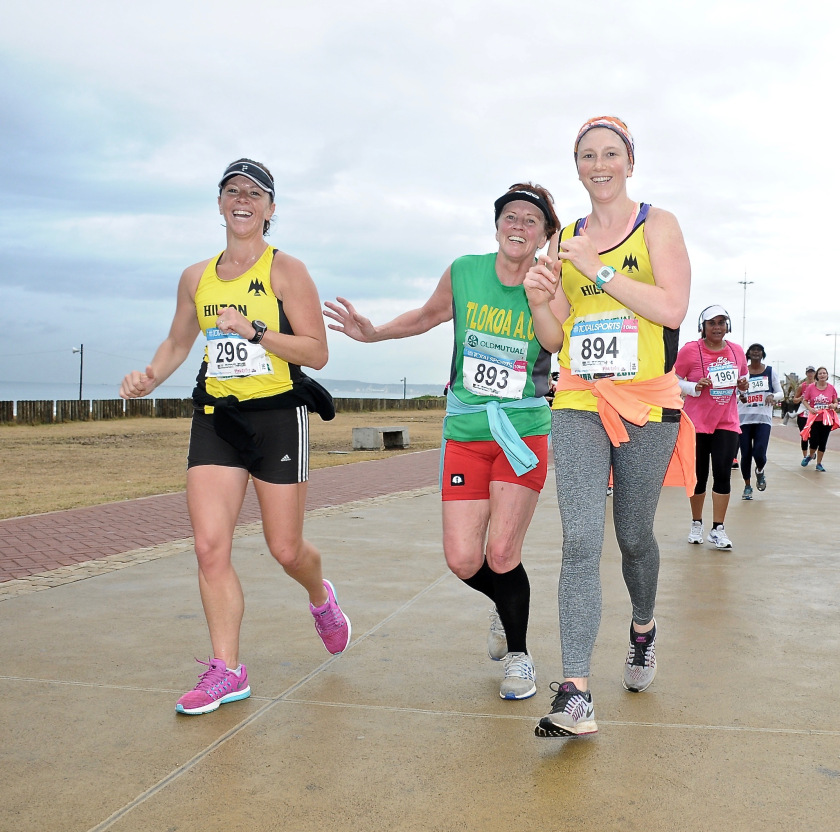 I don’t know what it is about race photographers. I know they have a kak job but why is it that they never catch me looking cool? Here I appear to be breaking into some kind of dance. Or having a stroke and losing my balance. My girls obviously think it’s hilarious – if I have a stroke it will save them pushing me off a cliff when I become too much for them.

A big plus from Sunday’s race was that my old running partner aka the East Griqualand Racing Snake is back in the game after a very long lay-off and lots of injury problems. So great to have her back!

I was absolutely fine after the race – could have maybe knocked off another 10 kilometres – but then I sustained a hip injury whilst unpacking and tidying away when I got home. Imagine – running a race without incident and then sustaining a house work injury! I am in negotiations as we speak because I am claiming Workmen’s Compensation from the Old Goat. He maintains that I have no idea what house work is, that I never have had any idea, and that I am never likely to. Lies, all lies. This may have to go to Court….