This is my photography theme this week, but I think it’s everybody’s theme for just about anything at the beginning of January!

I’m not even going to try to be artsy-fartsy because I’d rather share a pic of my beloved new running shoes after the first race of the season: 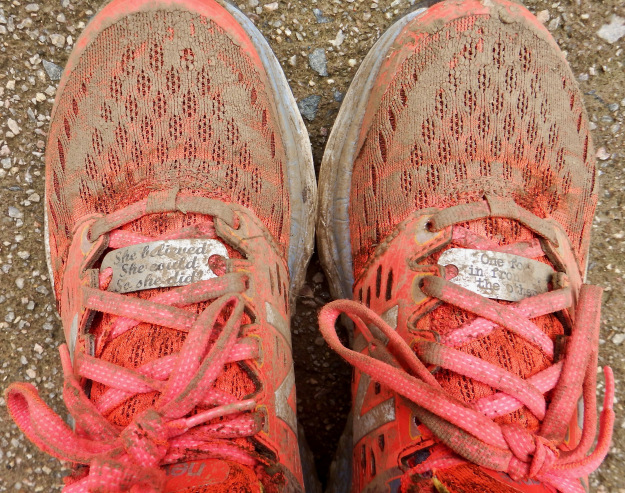 Our first race in KZN is the Hilton Harriers Ronnie Davel 16km which is traditionally run through the forests in Hilton to the sound of bagpipes. I know this sounds like an awesomely romantic notion but after days of bucketing rain I was dreading it. I hate mud. I begged and pleaded for them to change the route but for some bizarre reason they did not think that a good idea.

The first half was not too bad but during the second half we appeared to descend into a swamp where the mud first sucked my sense of   humour right out of me and then proceeded to suck my one shoe loose and deposit gunk into it. Anyway, what with clambering through the swampland and then having to stop to take the gunk out of my loose shoe, we managed a 2:06!