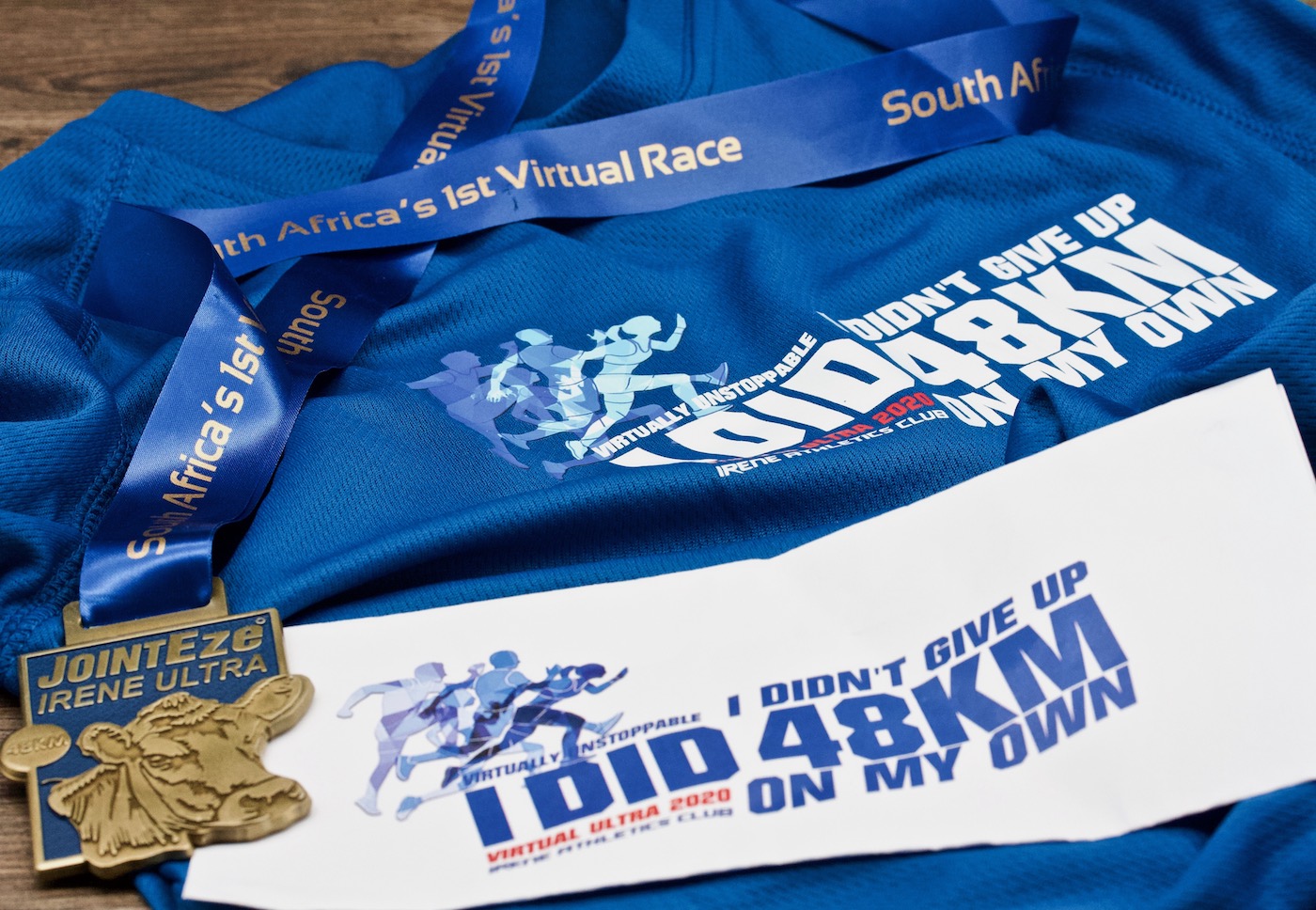 This is my most prized running T-shirt and medal ever. Irene Athletic Club were the first to bring a virtual race to us right at the beginning of lockdown when their normal annual 48km ultra had to be cancelled.

They allowed entrants to break the distance down as long as it was done in a certain amount of days. But for me that just doesn’t cut it - all the distance in one shot was the only way. Twelve laps on a lonely dirt road on a grey-looking Sunday - I did it!

I roped in the Old Goat but he never actually runs with me - I don’t think he wants Strava to think he’s a plodder 🤣 - only on the trails does he stick with me but that is because he knows one of his primary purposes in this life is to kill snakes.

I am now over virtual races. I no longer want to part with hard earned money to run 5 or 10 km as fast as I can dodging potholes, wildlife and boulders on our dirt road. But I do salute Irene Athletic Club for giving us SA’s first virtual race and for organising it so very well. My t-shirt and medal were delivered to my desk!

And, because I am an eternal optimist (often delusional), I have decided that I will enter the real 48km ultra at Irene next year, as, dare I say it, a Comrades Qualifier! I had to look up delusional to get the right spelling only to find it is often associated with mental disorders. Nothing new there - running and mental disorders often go hand in hand. Roll on the madness!