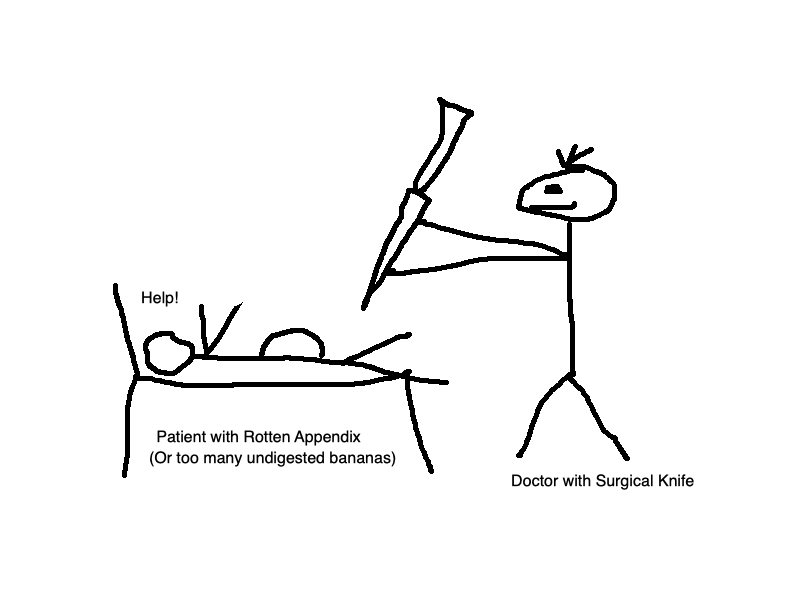 I have had a sore stomach for three days. There is no apparent reason - I doubt it’s the ‘rona. But my daughter nearly died from a burst appendix. It did in fact change the course of her life but that’s another story, a private one albeit. Being mathematically inclined I therefore conclude “Unexplained pain in the abdomen = rotten appendix”.

But then going to the doctor is so dull in comparison with self diagnosis. With self diagnosis, ably helped on by Dr Google, your malady could be anything from eating too many bananas to bowel cancer. And a twisted bowel can be eased by a glass or two of your favourite red.

And, of course, being a true runner through and through, I need to ask myself “Can I run a Backyard Ultra, 6 weeks after an appendix operation?

Let me explain the Backyard Ultra concept - KZN Trail Running is putting one on at the Karkloof Country Club on the Easter weekend. They have a loop of trail measuring 6,67 km, very runnable apparently, and the object is to run it every hour on the hour until you can no longer complete the loop in an hour. The women’s record is over 400 km (WTF) but I aim only to get to 60 odd kilometres - 10 loops.

My original goals - the Berg 100 followed two weeks later by the Durban marathon are now out of the window due to the paralysing fear our dear virus is causing. So obviously I need another goal and the Backyard Ultra is perfectly timed - or is it?

I have promised my offspring (or some of them) that I will see a doctor on Wednesday if this beast of a pain is still hanging around - so I won’t make any hasty decisions until then.