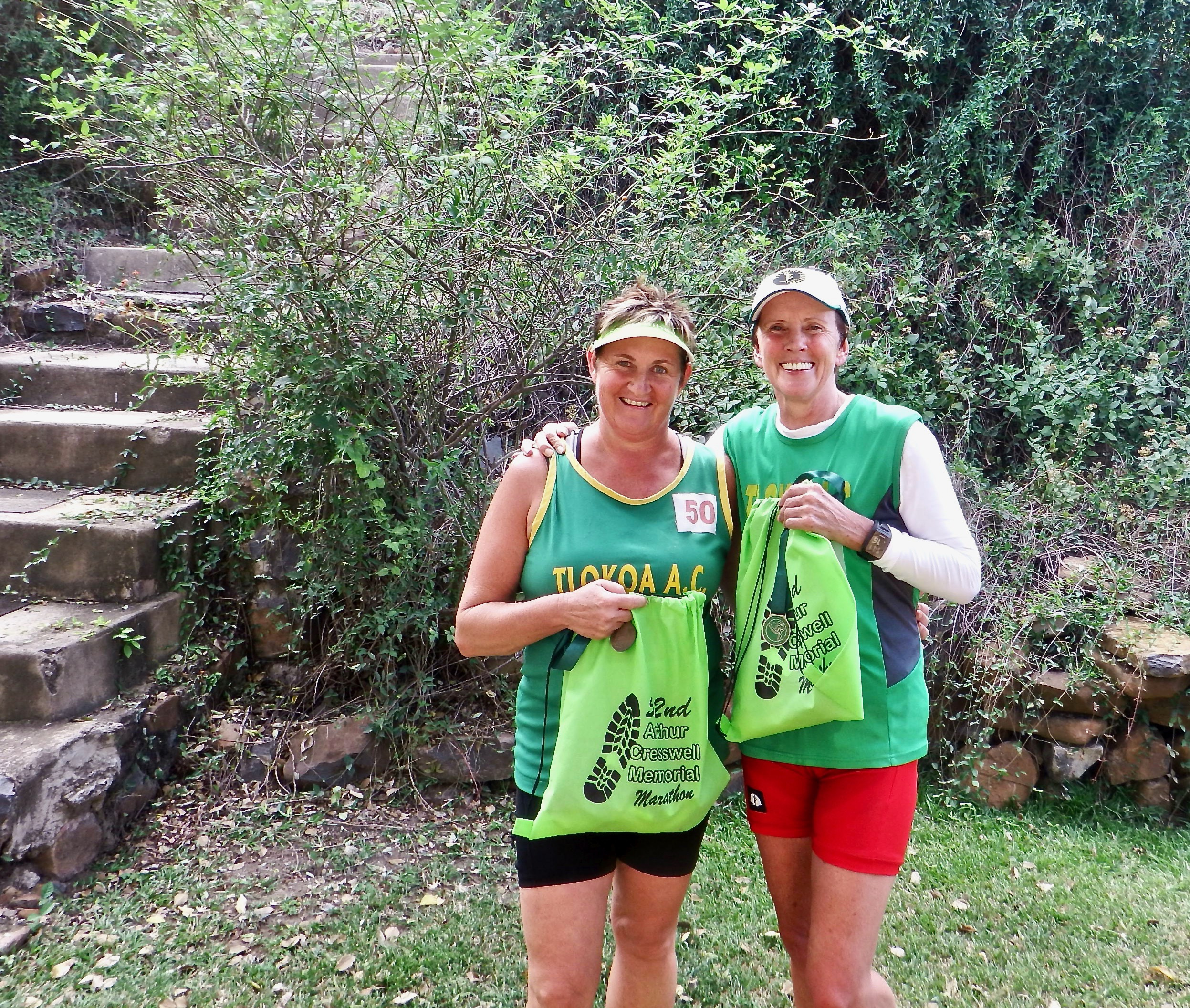 Our B&B in Ladysmith last weekend was very aptly named the Boer and Brit and here is the Boer and the Brit standing in the courtyard of said B&B looking very pleased with themselves. As you can tell, no war broke out over the 52km trot from Bergville to Ladysmith!

No, we did not crack the nod for the big C, but we were very happy with finishing alive, a strong gallop to the finish and a fast recovery. I think a lot of my fast recovery is down to my Banting way of life. I did the entire 52 km on half a Phat Cookie and two Phat Bombs and some water. I find that a little salt taken with the water stops me craving the black poison! Oh yes, I did succumb to a couple of pieces of orange which produced a bit of turbo-boost, almost stopping the Boer in her tracks!

We borrowed two mantras from my daughters – “Embrace the Pain” and “Get Uncomfortable”. We clearly did not embrace quite enough pain so we are going back for more – the 52km Chatsworth Marathon coming up in two weeks time.  Apparently they take us off the road if we do not make the 42.2km mark in 5 hours 30 minutes so we need to be getting freakin’ uncomfortable from the get-go.

My favourite running mantra is “Balls to the Wall” – it always sounds so super-tough! According to english.stackexchange.com it was  “probably coined by pilots whose throttle levers had round, ball-like tops and for whom putting the “balls to the wall” (the firewall of the aircraft) meant making the aircraft fly as quickly as possible.” Mmmm, it’s going to be balls to the wall through Chatsworth then!