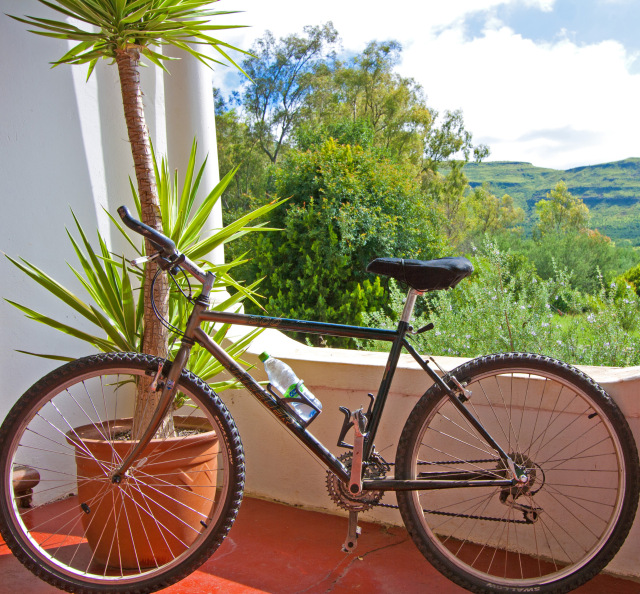 I resurrected this old beast this morning.   This is the bike I rode the Argus on 17 years ago!   The other half of my running team left early this morning to ride enduro up at Castle Rocks near Mount Fletcher, so I decided a little cross-training was in order.

And I thoroughly enjoyed cruising along the country roads with the wind in my hair.   No,  I didn’t wear a helmet – it kind of spoils the wind-in-the-hair effect!   Also, my cruising was not what real cyclists would call a good speed!   I sweated those hills though – and discovered that cycling doesn’t just work the legs – it works those abs too.

It all started in Taiwan – we did lots of sight-seeing on bicycles, and I really, really enjoyed it.   In Taipei they have what they call Ubike.   There are apparently 150 Ubike stations where, once you have your Ubike card, you take a bike, hop on and ride.   When you are done, you drop that bike off at any station.   Brilliant concept. 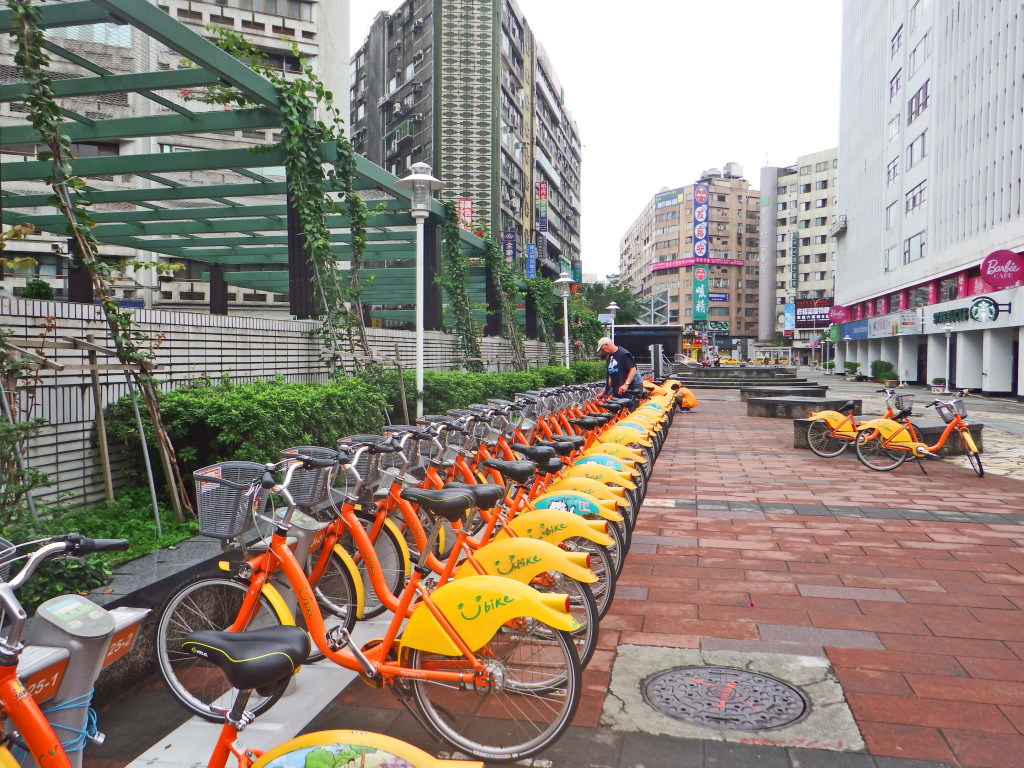 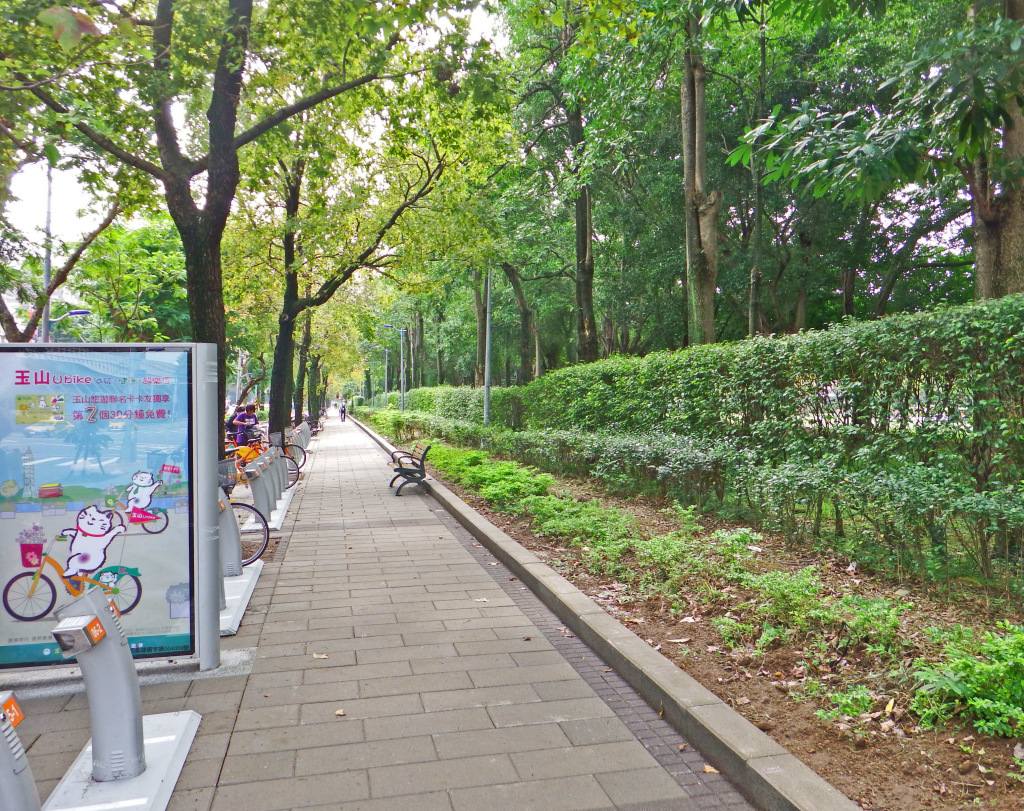 The Ubike bicycles are real girly bikes, with little baskets on the front for your shopping or handbag – or a bottle of wine if you feel so inclined.  I loved them!   But you can also hire “real” bicycles and cycle over 100km of beautifully maintained paths along the three main rivers in the Taipei basin.   We did this on our last day in Taiwan and it was one of the highlights of my trip.  The home of Giant bicycles is in Taiwan and apparently you can hire Giants from one of their outlets and pretty much do a cycle tour of Taiwan.   It’s on my list. 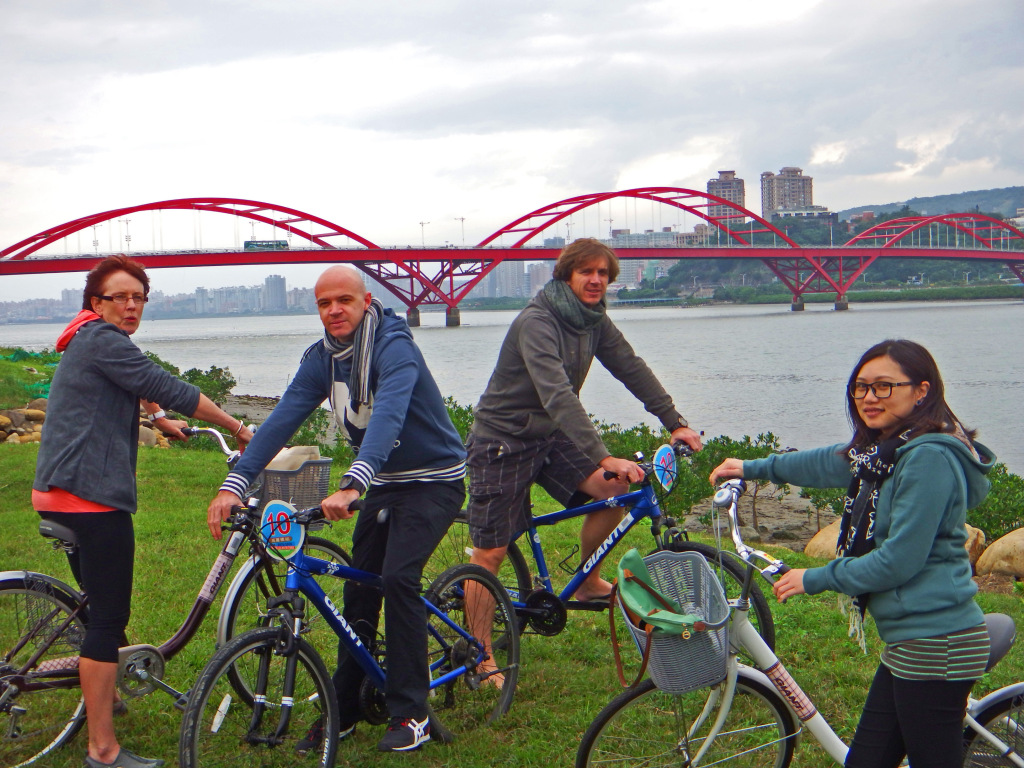 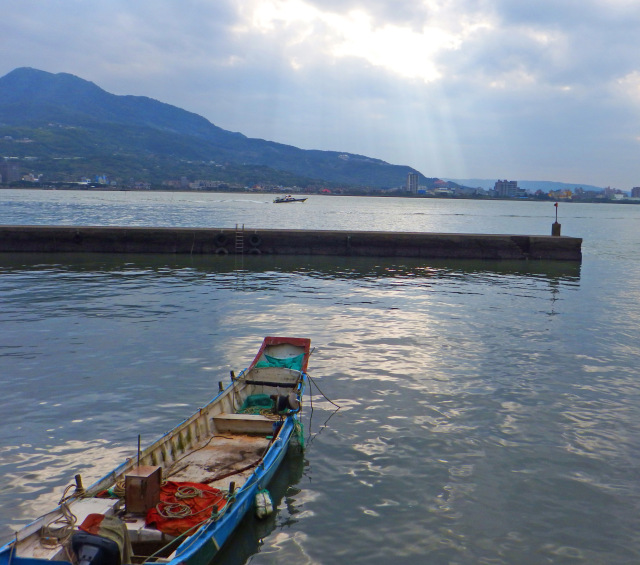